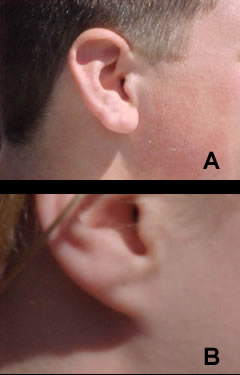 An Ear-y Example of Genetics!

Some people have earlobes that hang down.

Other people have earlobes that are attached to their head.

What type do you have?

You can thank your parents for the genes that made your earlobes the way they are!

Click above to try the intermediate level of this puzzle or explore more about genetics!