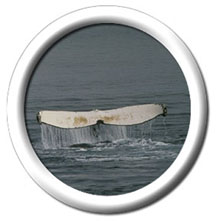 Whales make lots of unique and complex noises. We call them whale songs. One song may last as long as 35 minutes. The songs are used in identifying other whales and warning other whales of the same pod.