This is a photo of the crashing waves of the ocean. Because the ocean holds so much of the Earth's water, it is the greatest source of evaporated water to the atmosphere.
Click on image for full size
Corel Photography

One process which transfers water from the ground back to the atmosphere is evaporation. Evaporation is when water passes from a liquid phase to a gas phase. Rates of evaporation of water depend on things like the temperature, humidity, and wind. 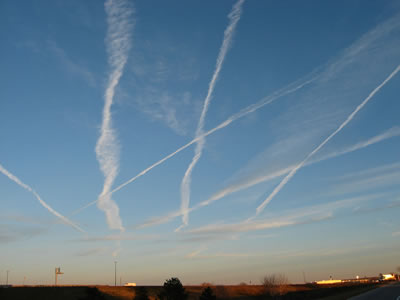 The white streaks you see coming off high-flying jet airplanes are called contrails, which is short for condensation trail. Contrails are clouds that formed when water vapor condenses and freezes around...more 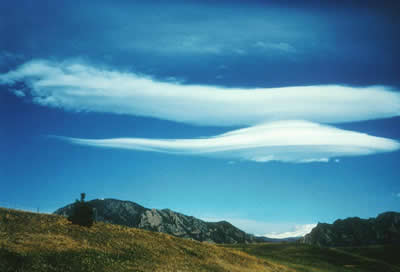 Lenticular clouds form on the downwind side of mountains. Wind blows most types of clouds across the sky, but lenticular clouds seem to stay in one place. Air moves up and over a mountain, and at the point...more

Type of Wind: Chinook or Foehn