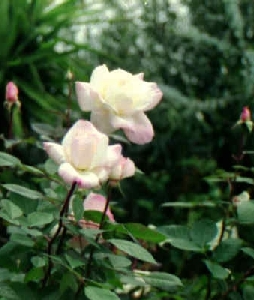 Transpiration is the process by which plants return water to the atmosphere. After absorbing water from the ground, plants release water through their leaves. Transpiration helps plants stay cool, in the same way perspiration keeps humans and animals cool.

Transpiration and evaporation in plants are sometimes combined in scientific language, and are called "evapo-transpiration".