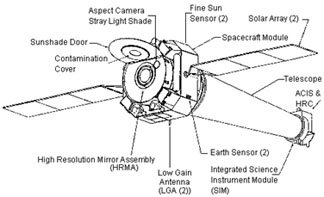 AXAF is the most powerful x-ray observatory ever constructed. AXAF stands for Advanced X-ray Astrophysics Facility--try saying that fast three times! It is scheduled for launch on December 3, 1998.