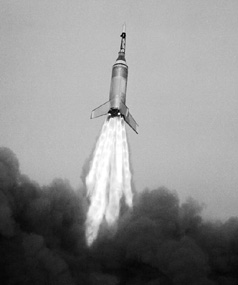 A brand-new Delta 3 rocket exploded last night. It was carrying a satellite into orbit. The rocket and the satellite burst into flames. No one was hurt by the falling pieces.