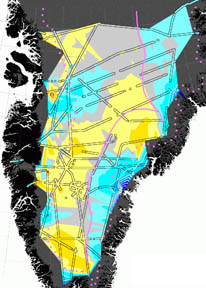 This map shows which areas of the Greenland glacier are shrinking and which are growing.
Click on image for full size
Image courtesy of NASA