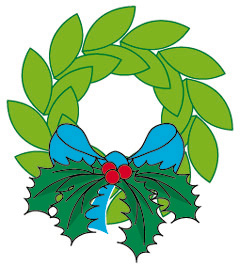 People around the world are celebrating the holidays during this time of year. Many people from many different countries are celebrating Hanukkah, Kwanzaa or Christmas. This is also true for those orbiting the world right now!

Christmas gifts, a plastic tree and all of the trimmings were among supplies received by Mir residents yesterday morning. The Progress M-37 supply ship also delivered food, water, hygienic goods, oxygen and scientific supplies to the three residents onboard Mir.