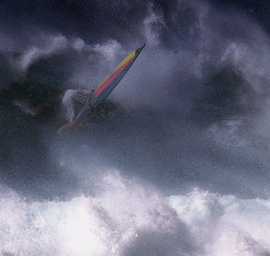 Hurricane Georges hit the Florida Keys today. Right now, winds are over 100 miles per hour and many in Florida have already experienced power outages. After passing the Florida Keys, the hurricane could be a threat to the northern Gulf of Mexico.

Georges was slowed down a bit when it hit the Carribean Islands. This was tragic news to residents of the Lesser Antilles, Puerto Rico, the Dominican Republic and Haiti. Over 250 people have been killed by the hurricane.