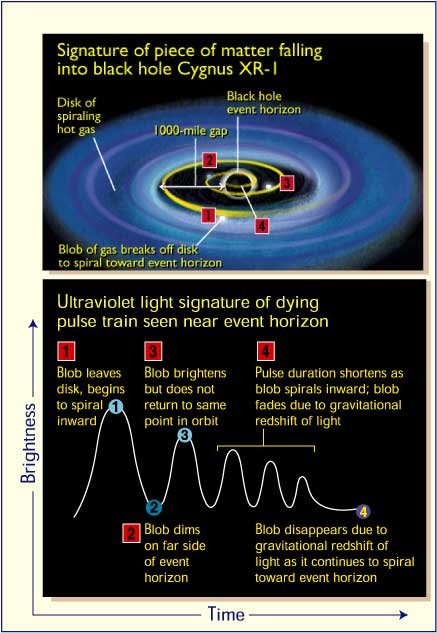 This complex drawing explains how scientists identify the effects and location of a black hole. We believe that black holes are places in space from which nothing escapes. In this picture, a disk of hot gas spirals around a black hole. The force of gravity around a black hole attracts part of the gas cloud, described here as a blob. As the blob moves closer, it reaches a point at which it will be drawn into the black hole. Once caught in the gravitational grip of the black hole the blob spirals inward. Energy given off from the blob is received by equipment on Earth. The energy of the object pulses and decreases as it spirals inward. The pulse occurs as the blob moves from the near to the far side of the black hole.
Courtesy of NASA