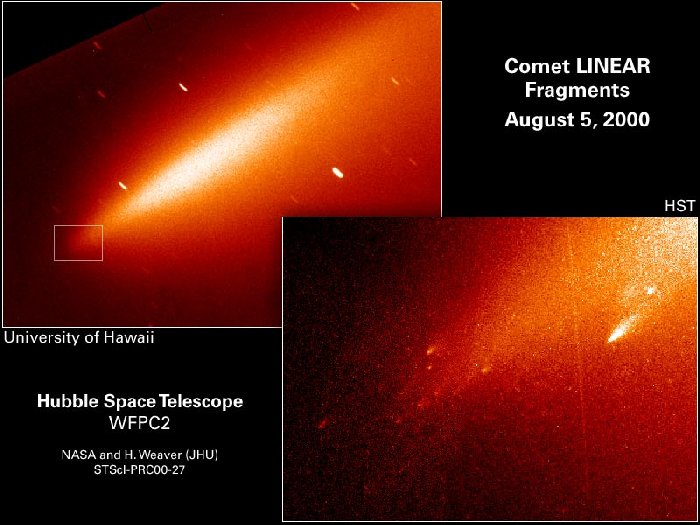 The left-most picture here was taken by a ground-based telescope run by the University of Hawaii. In this image, Comet Linear appears as a diffuse, elongated cloud of debris without any visible nucleus. The image on the right was taken by the Hubble Space Telescope on the same day, August 5, 2000. Hubble's resolution was needed to show that the nucleus of the comet had actually fragmented into many pieces. Scientists call these leftover pieces "cometesimals". Hubble has found at least 16 of these "cometesimals", some of which are as wide as 330 feet across.
NASA, Harold Weaver (Johns Hopkins University), and the HST Comet LINEAR Investigation Team