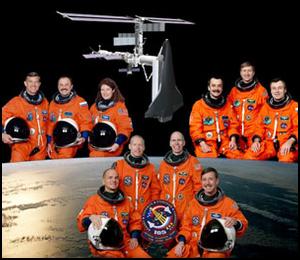 Discovery's crewmembers and the returning Expedition 2 crew, are scheduled to land back on Earth on August 22, 2001. Until then, the shuttle and the ISS are circling the Earth every 90 minutes about of 246 miles above the Earth.