ISS Agreement Commemorative presented on the occasion of the signing of the International Space Station Agreements.
Click on image for full size
Image courtesy of NASA

The building of the International Space Station (ISS) has been delayed again.

As things stand now, construction has been postponed until November of 1998 (one year later than planned). A Russian rocket would transport the control module named Zarya (Russian word for sunrise) from Kazakstan on November 20. The Space shuttle Endeavour would then follow on December 3 with the second component, a connecting passageway named Unity. The third piece, the Russian service module, is supposed to be completed in time for a spring 1999 launch. No one can live aboard the Station until the service module is in place (because it holds some of the vital life support systems necessary...). NASA is still hoping that a crew will be on board by next summer.

The ISS is expected to be completely built by the winter of 2004. 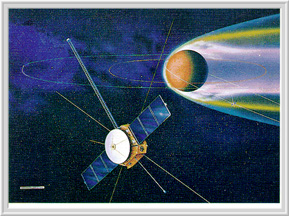 After a long, slow struggle, the Japanese space program is taking off! Japan's space program started as University researchers launching pencil-sized rockets in the 1950's. They struggled and fought against...more