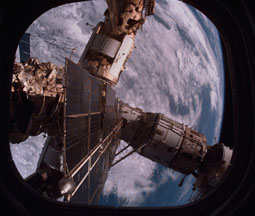 After 13 long years of service, the Mir Space Station will finally meet its end. The Russian spacecraft has been running smoothly recently, but a limited amount of funds has forced the Russian government to halt the project.

Presently, the Mir swallows up $250 million a year to stay in operation, an amount too great for the financially troubled country. Unless private sources are found, the station will lose its last inhabitants in August. The current crew is installing a computer system so the station can be controlled from Earth.

The station will slowly lose its orbit over the rest of the year. Sometime next year, around March, the Mir will be forced to descend and burn through the Earth's atmosphere. Russian officials say there is no need to worry about the station crashing onto anyone or anything. It will be programmed to fall into a remote part of the ocean.

Russian space officials are reluctant to give up the antique, which remains as the last piece of the country's history in space. The United States, however, is anxious for the Russians to give up on the Mir and concentrate on the International Space Station, which is already behind schedule. 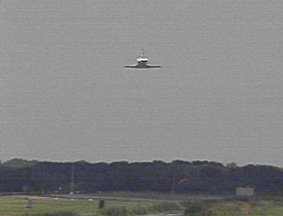 Commander Precourt and Pilot Gorie brought the shuttle Discovery in for a perfect landing yesterday. Discover touched down at 1:00 p.m. CDT on June 12, 1998. This ends the 11-day mission which included...more

Well, the good news is that the first module of the International Space Station (ISS) is still on schedule for launch this November. The second U.S.-built module named Unity will launch in December. Ready...more

The space shuttle Atlantis completed its final scheduled flight when it touched down on at Kennedy Space Center on the morning of May 26, 2010. NASA is planning to retire the entire fleet of space shuttle...more