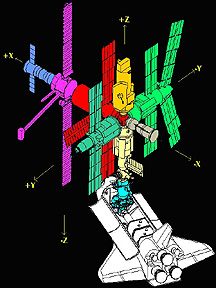 Two Mir crewmember are heading home after an eventful stay on the space station. Cosmonauts Vasily Tsibliyev and Alexander Lazutkin are leaving Mir early Thursday morning for a three hour trip home to Russia. They are being replaced by Anatoly Solovyov and Pavel Vinogradov, who arrived on the station last week. U.S. astronaut Mike Foale is staying until September. The new crewmembers are going to try and repair the damage caused by the collision in June. They were going to do a spacewalk inside the damaged lab module on August 20th to try and restore more of the station's power. Unfortunately, the spacewalk has been postponed due to a main computer breakdown.