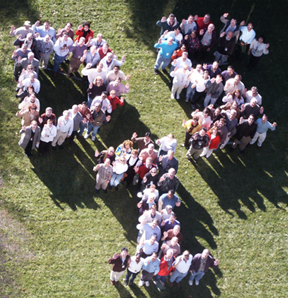 The spacecraft, Deep Space 1, was the first mission to be launched from NASA's New Millennium program, a program which is testing new technology with the hopes of making space travel easier and more affordable. Launched in 1998, Deep Space 1 successfully tested twelve new technologies, including an ion propulsion drive and an artificial intelligence navigation system. In testing the new equipment, it flew past the Near-Earth Asteroid Braille. The mission was then extended to include a fly-by of Comet Borrelly in September 2001. It took the best images ever taken of a comet. Deep Space 1 was retired on December 18, 2001, but the mission is certainly a great success in space exploration!

Has the Yohkoh spacecraft mission also come to an end? We'll have to wait and see! On December 14, 2001, the Japanese solar spacecraft experienced a power shutdown to the scientific instruments. This power shutdown was triggered by an annular eclipse of the Sun that occurred over parts of the Pacific Ocean that same day. Efforts are being made to recover the spacecraft. Overall, the Yohkoh spacecraft, which was launched in 1991, has been highly successful and has provided real-time monitoring of solar activity for the sake of space weather studies.

Two new missions have recently been selected by NASA headquarters: Dawn and Kepler. Dawn is a spacecraft that will investigate two of the largest asteroids in our solar system, Vesta and Ceres. Dawn will be NASA's first purely scientific mission to use SEP or solar electric propulsion, an advanced technology that was tested by Deep Space 1. Dawn is scheduled to be launched in May 2006. Kepler is a telescope that will search for Earth-like planets around nearby stars. This is an especially timely choice given Hubble Space Telescope's recent detection of an extrasolar planetary atmosphere. Kepler is also scheduled for launch in 2006. Both missions are part of NASA's Discovery program.