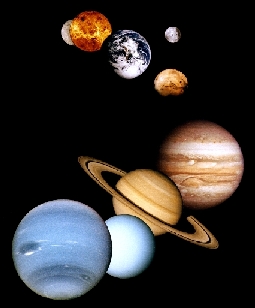 The Moon and eight of the planets will be lining up in the sky this week for a spectacular sky show! The planets (appearing in the southwestern sky) will be "all lined up like pearls on a string," said Jack Horkheimer, executive director of the Miami Space Transit Planetarium. From west to east, Pluto will be followed by Mercury, Mars, Venus, Neptune, Uranus, Jupiter and Saturn, with a crescent moon alongside.

Mercury, Mars, Venus, Jupiter and Saturn will be visible to the naked eye. You can see Uranus and Neptune with binoculars, though they may appear as only small blue dots. Pluto is only visible with a telescope.

"It's quite beautiful, an exquisite grouping of the Moon and planets," said Horkheimer. "This is naked-eye astronomy at its best!"

This sky show is available to you until December 8, so look soon!