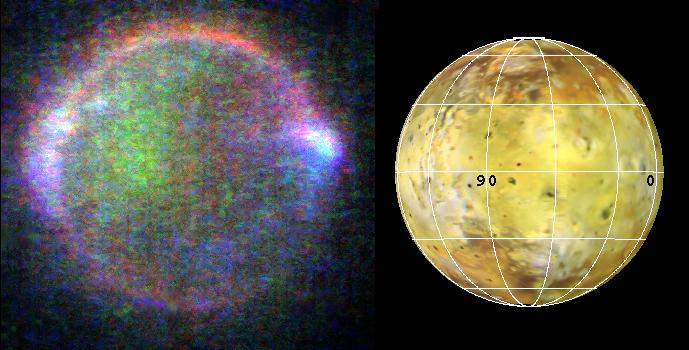 These pictures show Jupiter's moon Io. The picture on the right is a "normal" view of Io. Io's North Pole is at the top of both pictures. The picture on the left was taken during an eclipse. Io was in Jupiter's shadow. Io's atmosphere is glowing in shades of green, red, and blue in that picture. The glow is from aurora, like the Northern Lights on Earth. Io's aurora aren't just at the poles, though. In fact, the strongest glow is near the equator. The aurora is caused by radiation particles in Jupiter's magnetic field hitting gases in Io's atmosphere.
Images courtesy of NASA/JPL/University of Arizona.