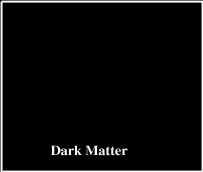 Dark matter is any stuff in the universe which we can tell exists but can't see. This means the material is not giving off light which we can see.

Astronomer Fritz Zwicky discovered that the number of things he could see in a galaxy was less than should have been there. So, we must not be able to see some of it. A lot of the objects in the universe we can't see. They are dark matter.