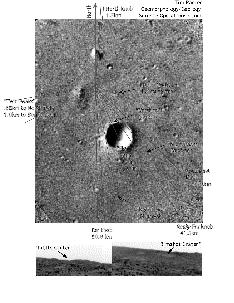 The nature of the flood plain observed by the Rover was unusual compared to a terrestrial flood plain, and suggested that it might not actually be a floodplain. The rocks could have come from ejecta from impacts which created the nearby craters. Scientists have to consider all the evidence before them so that they can prove a hypothesis is true.

Some of the reasons for doubting the flow-origin hypothesis include:

On the other hand, scientists discovered many pebbles, cobbles and conglomerate-type rocks. These suggest that the landingsite *was* formed from outflowing water.

Scientists considered carefully whether the origin of the rocks could be from flowing water or from impact processes. Findings from these studies contribute to the overall results of the Pathfinder mission, and help answer some questions.