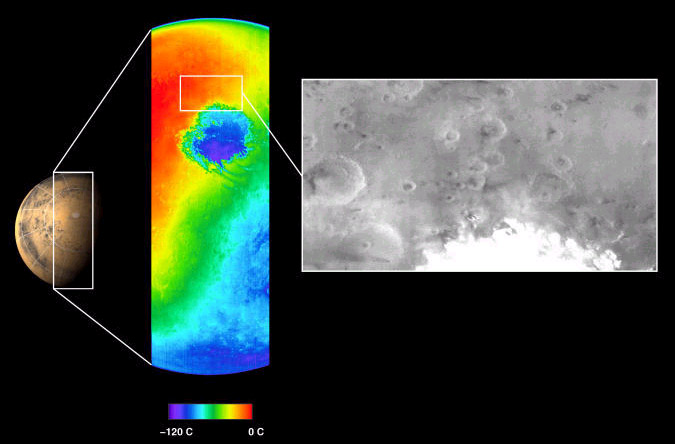 This image shows both a visible and a thermal infrared image taken by the thermal emission imaging system on NASA's 2001 Mars Odyssey spacecraft on November 2, 2001. The visible wavelength image, shown on the right in black and white, was obtained using one of the instrument's five visible filters. The spacecraft was approximately 22,000 kilometers (about 13,600 miles) above Mars looking down toward the south pole when this image was taken. The thermal infrared image, center, shows the temperature of the surface in color. The circular feature seen in blue is the extremely cold martian south polar ice cap. The instrument measured a temperature of minus 120 degrees Celsius (minus 184 degrees Fahrenheit) at this ice cap. (Courtesy of NASA/Jet Propulsion Laboratory/Arizona State University)