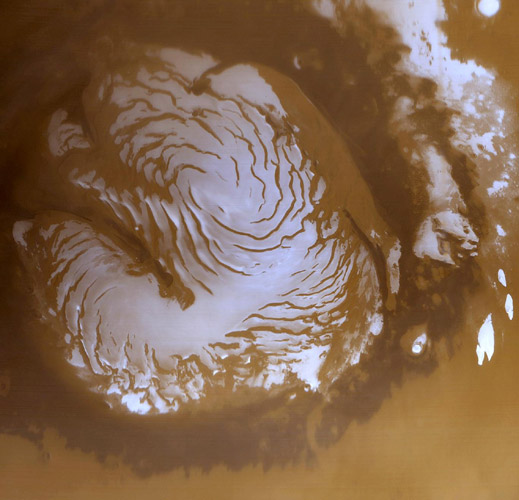 This is a picture of the ice cap at the North Pole on Mars. This picture was shot from Mars orbit in 1999 by a spacecraft called Mars Global Surveyor. The white regions are water ice. The ice cap is about 1,100 km (680 miles) across. Light brown areas are a mix of ice and dust and are called "polar layered terrain". Dark brown areas around the ice cap are sand dunes. There is a big canyon in the ice cap on the left side of the picture; it is called Chasma Boreale. It was summer in the northern part of Mars when this picture was taken.
Image courtesy of NASA/JPL/ Malin Space Science Systems.