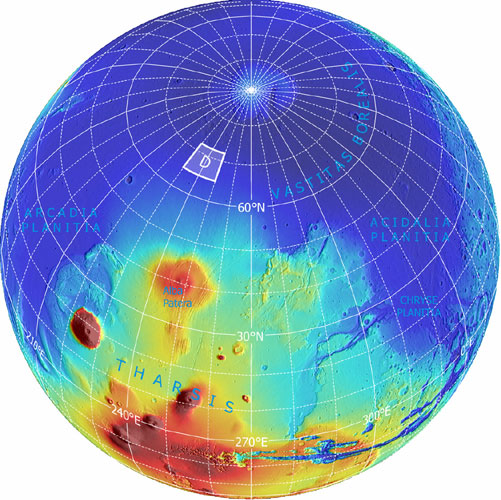 This Mars globe shows where the Phoenix lander is expected to touch down. The roughly square area marked with a "D" near the Martian North Pole is the target landing site. Coloration of this image indicates elevations. High regions, such as the great Martian volcanoes towards the lower left, are shown in reds and yellows. Blue indicates lower elevations, such as the extensive Vastitas Borealis plains which encircle the North Pole.
Image courtesy of NASA/JPL-Caltech/Washington Univ. St. Louis/Univ. of Arizona.