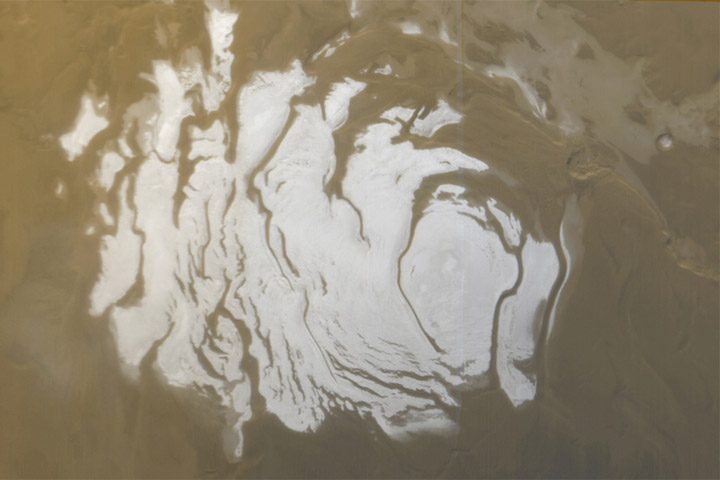 This image shows the southern polar ice cap on Mars. White areas are ice that exists throughout the year. The ice includes a large deposit of water ice topped by a thinner layer of dry ice (frozen carbon dioxide). The southern ice cap is about 420 km (260 miles) across from left to right in this image. This image, captured by the Mars Global Surveyor orbiter in April 2000, shows the South Pole during the Martian summer season. In the winter, the entire area shown in this image would be covered with dry ice.
Image courtesy of NASA/JPL/Malin Space Science Systems.