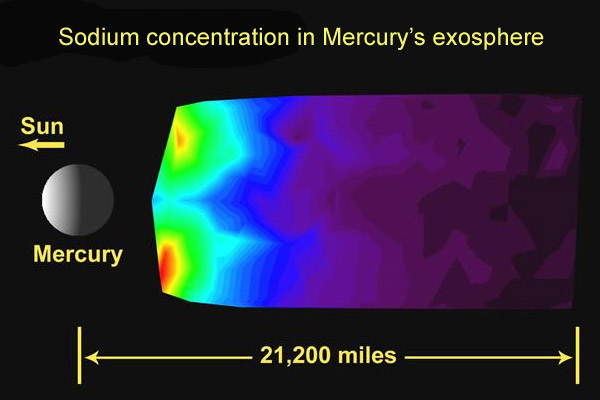 Mercury's tenuous atmosphere (exosphere) contains hydrogen, helium, and oxygen, as well as smaller amounts of sodium, potassium, calcium, and magnesium. The exosphere is constantly flowing away from the planet as sunlight and the solar wind push these gases away from the Sun. This graphic shows sodium concentration on the "tail" side of Mercury away from the Sun. The image was captured by the MESSENGER spacecraft in October 2008.
Image courtesy of NASA/Johns Hopkins University Applied Physics Laboratory/Carnegie Institution of Washington.