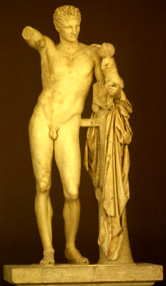 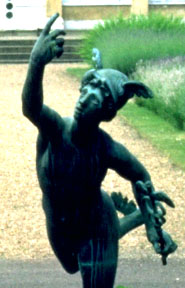 Mercury(37K JPEG)
Statue of Mercury in front of the Domed Conservatory in Sion park, EnglandImage courtesy of Corel Corporation.