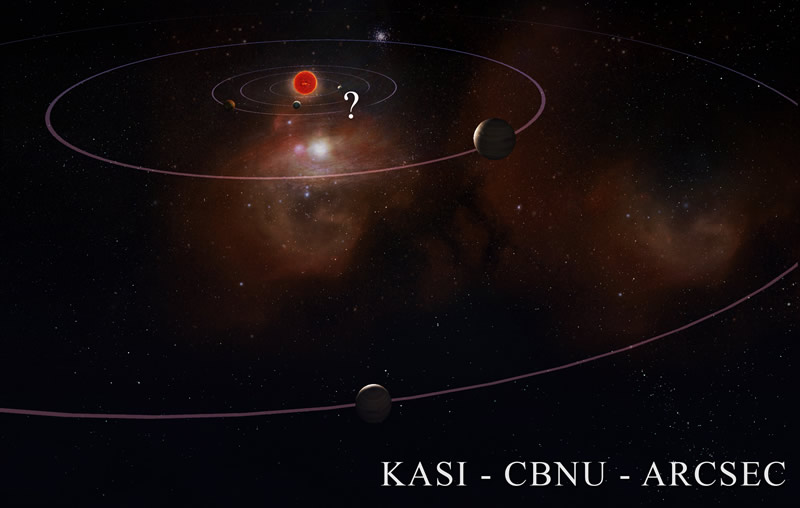 Scientists have discovered a solar system analogous to ours containing scaled-down versions of Saturn and Jupiter. The two planets were revealed when the star they orbit crossed in front of a more distant star as seen from Earth. For a two-week period from late March through April 2006, the nearer star magnified the light shining from the farther star. Their finding suggests that our galaxy hosts many star systems like our own.
Courtesy of KASI - CBNU - ARCSEC (KASI is the Korea Astronomy and Space Science Institute, CBNU is the Chungbuk National University, and ARCSEC is Astrophysical Research Center for the Structure and Evolution of the Cosmos.)