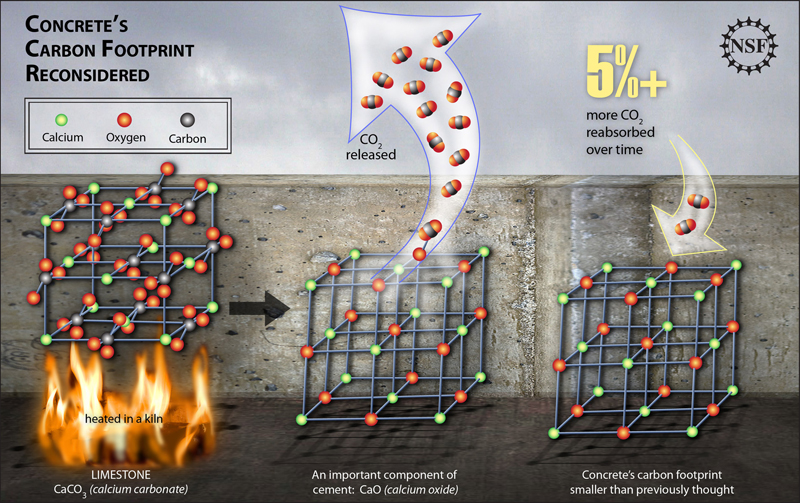 Making the concrete that is used for buildings, sidewalks, bridges, and other things releases carbon dioxide (CO2), a greenhouse gas, into the atmosphere. How does making concrete make CO2? Large quantities of CO2 are released when limestone (CaCO3) is converted into CaO, one of the major components in concrete. Also, it takes energy to convert limestone into CaO and that energy typically comes from fossil fuels which release CO2 to the atmosphere when burned. However, a recent study has shown that over time, five percent, or more, of the lost CO2 reabsorbs back into the concrete, thereby reducing the ultimate carbon footprint.
Zina Deretsky, National Science Foundation