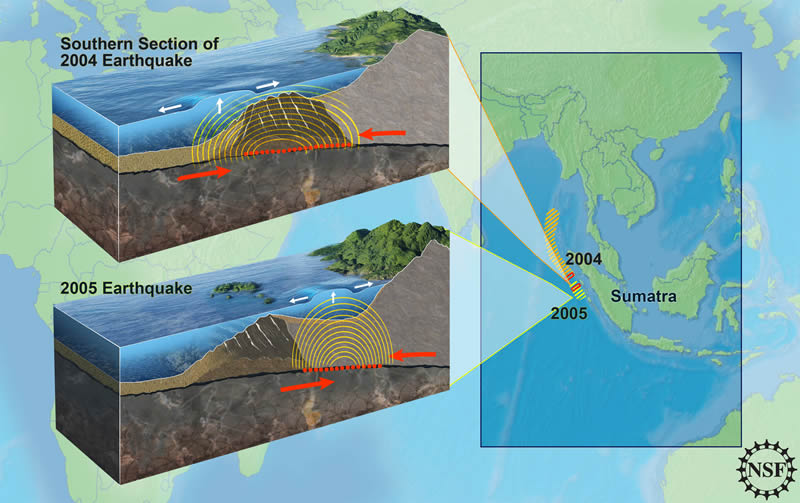 Researchers found differences between the rocks in the regions where the 2004 and 2005 Sumatran earthquakes occurred. In the southern part of the region where the 2004 earthquake occurred, the earthquake rupture began closer to shore and did not reach as far seaward. The 2005 earthquake ruptured farther seaward beneath a thick wedge of compacted sedimentary rocks. These differences help explain why the 2004 earthquake and tsunami were more severe than the events in 2005.
Image Courtesy of Nicolle Rager Fuller, National Science Foundation