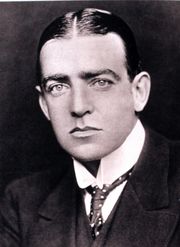 Ernest Shackleton was one of the famous explorers in the Heroic Age of Antarctic Exploration. He was born in Ireland on February 15, 1874. He dropped out of college to go to sea against the wishes of his parents.

In 1901-1903, Shackleton went on the National Antarctic Expedition. This trip was also known as the Discovery Expedition which was named after their ship. This expedition was led by

In 1907-1909, Shackleton organized his own expedition, called the Nimrod Expedition, to the South Pole. The explorers reached a point only 180 km from the South Pole but had to turn back due to harsh weather, lack of food and loss of ponies that the explorers had used for transport. However, they were the first men to cross the Trans-Antarctic mountain range and set foot on the South Polar Plateau. They also located the Magnetic South Pole. Shackleton returned to England a hero and was knighted.

Shackleton's most famous expedition was the Endurance Expedition in 1914-1916. It was an attempt to cross Antarctica by way of the Pole. But in the Weddell Sea their ship was trapped and then crushed by the ice. Shackleton and five other men managed to cross 800 miles of dangerous seas in a small boat and reach the whaling station on South Georgia island. There Shackleton organized a rescue operation to bring home the remaining men. This amazing feat became a subject of many books and movies.

Shackleton died in 1922 during another Antarctic expedition and was buried on South Georgia island.