The French research vessel "Marion Dufresne"  named after the French explorer who reached Tasmania before the English and the first European to make contact with Tasmanias indigenous population. The ship was first launched in 1995.
Image courtesy of Missy Holzer and the PACHIDERME program

Climate puzzle pieces are hidden in many obscure places around the globe including in the ocean sediments that have accumulated over recent and distant past. Removing these treasure latent cores from the ocean depths provides information about past climates including atmospheric and oceanic conditions. The focus of the upcoming 3 week research cruise of the Research Vessel Marion Dufresne (shown above), of the French Polar Institute (IPEV), off the coast of Chile embarking on February 6, 2007 will be to collect approximately 25 deep sea cores to help answer the puzzling questions about climate change. The goals of the PACHIDERME (PAcifique- CHILi-Dynamique des Eaux intermediaries) cruise under the guidance of Chief Scientist Dr. Catherine Kissel will be to determine the thermocline and intermediate water ventilation in the far Southeastern Pacific, to study the past latitudinal intensity variability of the west wind belt, and to study the climatologic chronology of the glaciation and climate change of the region among others.

Besides a number of noted research scientists from around the world onboard will be 4 teachers immersing themselves in the experience of life at sea and research with the guidance of one scientist. Their students will be taking part in this cruise by sending emails, participating in blogs, and journaling about the daily exploits of those onboard. You and your students can join the "Core-Education" Team as they journey up the coast and between the fjords of Chile by sending them emails about the science and the research. Send your emails to coredu@marion.ipev.fr and they will enjoy getting back to you. 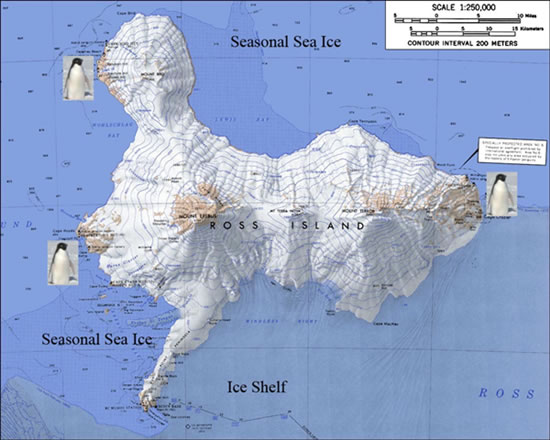 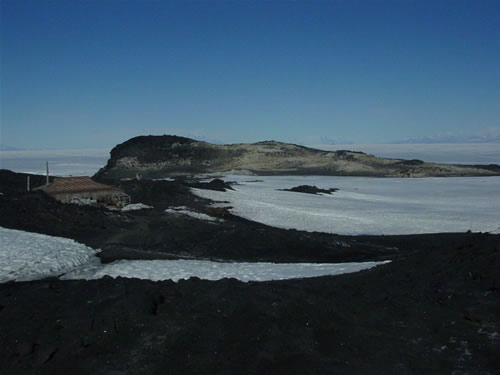 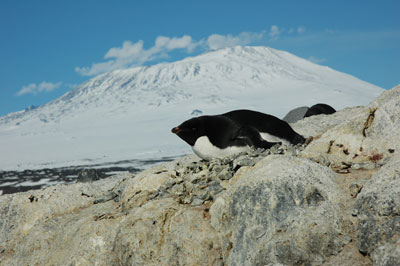 Cape Royds penguin breeding colony is in the shadow of Mt Erebus, one of three volcanoes on Ross Island and the only active one. Antarctica Explorer James Clark Ross named two of the volcanoes after his...more At long last the moment we have been waiting for, the first Adelie chick of the season. We have been scanning nest sites for broken egg shells, evidence that a chick has hatched. On Dec 12, 2006 we sighted...more 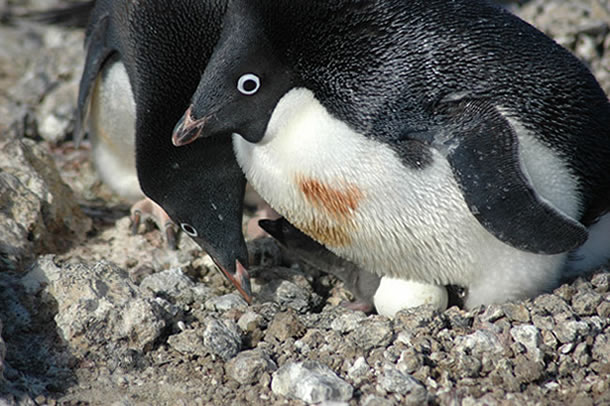 A Family of Penguins

Chicks are hatching everyday now and the colony is bubbling with new life. The air is filled with the songs of penguins returning from feeding and the growls of predatory Skua birds as they circle the...more 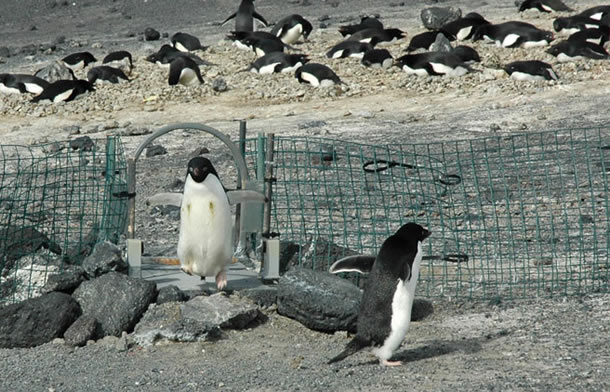 How Do We Study the Penguins?

This is a device which identifies and weighs the parents as they move from the nest to the ocean to feed, and back. An electronic identification tag (like the ones in pets and race horses) has been inserted...more