The wavelength of a wave is the distance from one crest to the next.
Click on image for full size
Windows to the Universe original artwork.

Sound waves in the range that humans can hear have wavelengths ranging from less than 2 cm (an inch) to about 17 meters (56 feet). The waves of electromagnetic radiation that make up the visible light that we can see have wavelengths between 400 (purple light) and 700 (red light) nanometers (10-9 meters).

The frequency and wavelength of a wave are related to each other by this equation: 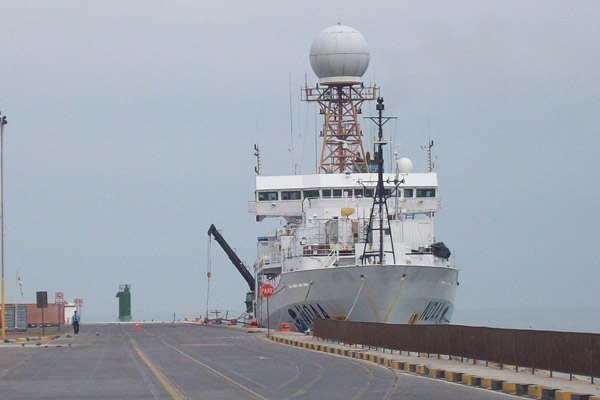 I am monitoring the C-Band Doppler radar aboard the Ron Brown. It is the most prominent observing system on the ship. The radar measures the intensity of falling rain drops from the stratocumulus clouds....more

Tools for Math and Science

Some concepts are used in many different fields of science and serve as a general purpose "toolbox" that helps us understand and manipulate ideas across disciplines. These "tools for math and science"...more