This picture illustrates the idea of "atomic mass". The carbon atom (14C) nucleus on the top has 6 protons plus 8 neutrons, giving it an atomic mass of 14. Tritium (3H), an isotope of hydrogen, is shown on the bottom. It has 1 proton plus 2 neutrons in its nucleus, giving it an atomic mass of 3.
Click on image for full size
Original artwork by Windows to the Universe staff (Randy Russell).

Sometimes you may see atomic masses expressed as fractions, such as 15.9994 for oxygen. What gives? Surely there isn't a fraction of a proton or neutron hiding inside the oxygen atom's nucleus! The atomic mass for an element is expressed as the weighted average across all isotopes of that element, based on its abundance on Earth. For example, 92% of silicon in Earth's crust is the isotope 28Si, which has 14 protons plus 14 neutrons. However, 5% of silicon atoms have 15 neutrons and another 3% have 16 neutrons, giving them atomic masses of 29 and 30 respectively. The atomic mass of silicon is said to be, therefore, 28.086, when one factors in the masses and relative abundances of different isotopes of silicon.

Elements in the Earths Crust

Even though there are 92 elements that naturally occur, only eight of them are abundant in the rocks that make up the Earths outer layer, the crust. Together, these 8 elements account for 98.5% of the...more

The atomic number of an atom tells us how many protons are in the nucleus of that atom. Why is that important? The chemical properties of an element are determined by the number of electrons in its atoms,...more 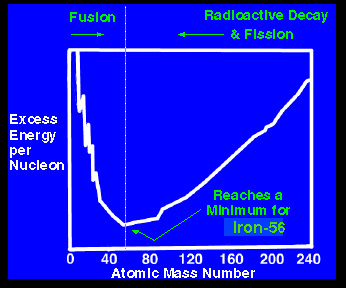