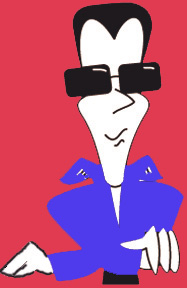 Solar eclipses are really neat to look at! But you have to be very careful. If you look right at the Sun, it will hurt your eyes! There are lots of ways to protect them.

Take a black piece of paper and put a hole in it. If you hold a white piece of paper behind it, the eclipse will shine down onto the white paper! You can watch it without looking at the Sun.

There are also special glasses that will work. Do not use sunglasses! Look for a special type of glasses made just for eclipses.

Remember, be very careful when looking at an eclipse. It's better to be safe than sorry!