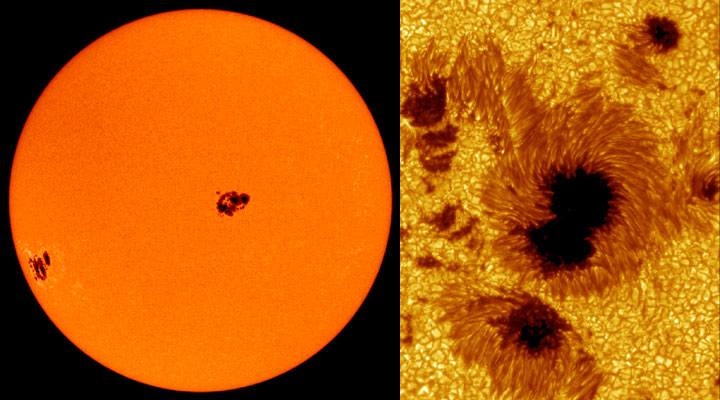 These images show two Jupiter-sized sunspot groups on the face of the Sun (left) and an extreme close-up of a different, smaller sunspot group (right). The lefthand image was taken on Oct. 24, 2003 by the SOHO (Solar & Heliospheric Observatory) spacecraft. The righthand image was taken on July 15, 2002 by the Swedish 1-m Solar Telescope on the island of La Palma off the western coast of Africa. The central dark part of the large sunspot in the middle of the righthand image is about 14,000 km (8,700 miles) across... slightly larger than Earth!
Images courtesy SOHO (NASA & ESA) and the Royal Swedish Academy of Sciences.