How many hurricanes happen?

Average hurricanes data from NOAA based on data from 1968-1989 and rounded to closest whole number.

What do you think?

Does the same number of hurricanes happen in each region? (Look at your bar graph to help you answer this question.)

Make a bar graph! A bar graph is a great way to show relative differences in number. Each bar is the number of hurricanes for each region. Draw each bar using the same colors that you used for your map of where hurricanes happen. 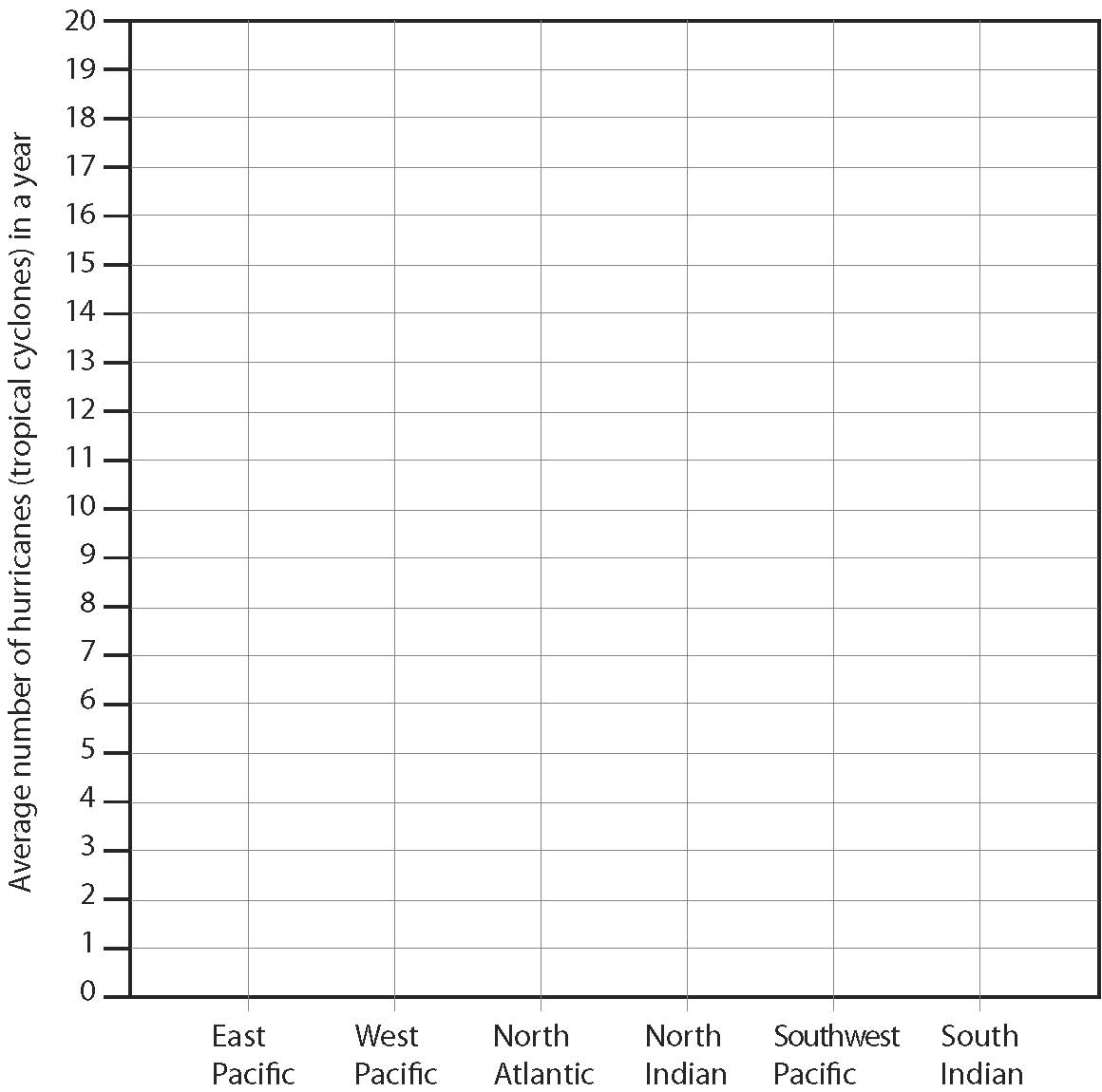 When do hurricanes happen?