We know that hurricanes form above warm ocean water. And it’s thought that warmer water can lead to stronger hurricanes. The Earth warmed one degree Fahrenheit over the 20th Century. Warming is causing sea surface temperatures to climb. Has global warming had an impact on hurricanes? This is an area of active research. One way that scientists are trying to answer this question is by looking at the history of hurricanes.

The top table shows the total number of hurricanes that happened in each region during two time periods. The lower table shows the number of very strong hurricanes that happened over the same two time periods. Researchers at Georgia Tech and the National Center for Atmospheric Research examined this data to learn more about whether hurricanes have changed in recent decades because of global warming. Take a look at the numbers and answer the questions below.

1. Has the total number of hurricanes in each region increased, decreased, or stayed about the same? Is the trend the same for all regions?

2. Has the number of strong (category 4 and 5) storms in each region increased, decreased, or stayed about the same? Is the trend the same for all regions?

Are hurricanes getting stronger?

How many strong hurricanes were there a few decades ago? How many are there today?
Make small bar graphs on the map below using the data on the previous page to show whether there has been a change in the number of strong hurricanes in the six regions of the world where tropical cyclones occur. 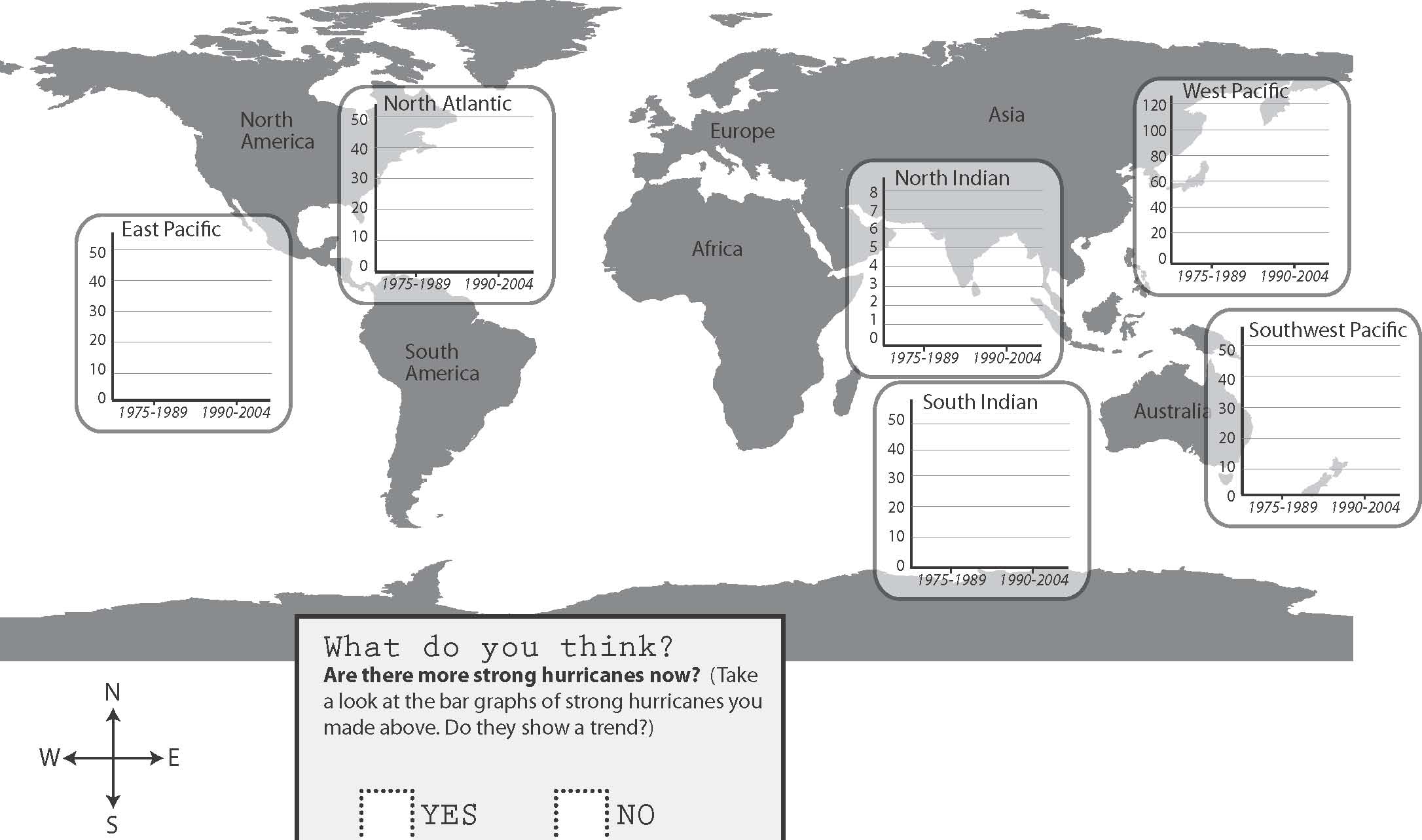