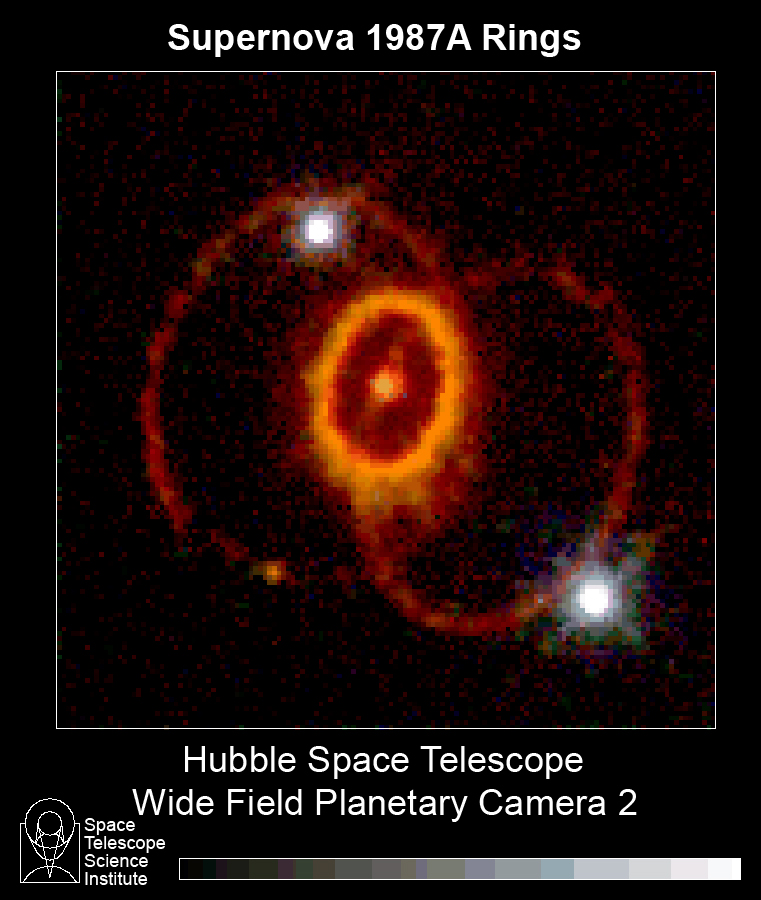 The spectacular supernova, 1987A, photographed by the Hubble Space Telescope in February 0f 1994. The three rings of glowing gas appear to intersect from our viewpoint, however, they most likely occur in different planes. The explosion took place in 1987, 169,000 light years away in the galaxy known as the Large Magellanic Cloud. This image was made in visible light (hydrogen-alpha emission), with the Wide Field Planetary Camera 2, in February 1994.
NASA and STScI