Anchovies swimming in a school. Anchovies are just one of the species of fish that are important to the economies of Chile and Peru.
Click on image for full size
Courtesy Wikipedia Commons

If you like anchovies on your pizza, there is a good chance that the little fish now swimming in tomato sauce was once swimming in the water of the Southeastern Pacific (SEP) Ocean. The deep, cold, and nutrient-rich waters off the coasts of Chile and Peru make this region one of the most productive fisheries in the world.

Why are the waters in the SEP so suitable for fish production? The prevailing winds and the upwelling associated with the Humboldt Current bring very cold water from the depths of the ocean bottom to the sea surface. The deep waters are very rich in nutrients including nitrate and phosphate. When these nutrients are brought to the surface, they are utilized by phytoplankton resulting in high primary production. Phytoplankton is at the base of the oceanic food chain and when their numbers are large the result is an ecosystem abundant in zooplankton, fish, and other life.

Traditionally, the fishing industry has been important to the economies of Chile and Peru. The most abundant and important species are anchovies, sardines, mackerel, and whiting. In recent years, salmon production has increased to become economically important to the region. It is the world's largest producer of fish-meal, a protein-rich byproduct of the fisheries industry in aquaculture and for cattle feed.

In the past few decades, overfishing and El Nino events have led to serious declines in fish populations, which have hurt the economies of both Chile and Peru. Ocean temperatures are important to all types of fish. Anchovies thrive in cooler water so during El Nino events when the water is warmer, their numbers go down. Sardines are more tropical than anchovies and expand their ranges in warmer periods. Increased ocean temperatures resulting from global warming will not be favorable to anchovy; however, sardines may become dominant. One outcome of the VOCALS research will be to learn how changing climates could impact the fishing industry in the SEP.

Fish that spend their entire life cycle in the ocean are known as pelagic fish. Anchovies and sardines are types of pelagic fish. Other fish, such as salmon, are called anadromous fish. This type of fish is spawned in freshwater but spends most of its life in the ocean, returning to freshwater to reproduce. The health of the ocean is important to both pelagic and anadromous fish.

Winds in the Southeast Pacific have a strong influence on regional climate and play an important role in several large-scale, global climate phenomena. The Hadley cell is a global atmospheric circulation...more

The ocean and the atmosphere in the Southeast Pacific Ocean are connected in many ways. Strong trade winds blow northward along the west coast of South America. These winds stir up the ocean, bringing...more

How do the people living along the west coasts of Chile and Peru impact the Southeast Pacific climate system? This is one of the many questions that will be explored during the VOCALS field campaign. Although...more 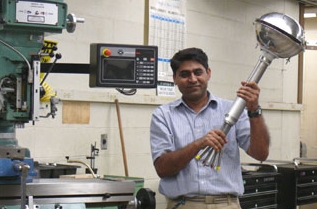 Before we leave to carry out field work, there's much that needs to be done in preparation. There are many challenges involved with setting up a measurement site in a remote environment. Questions we have...more 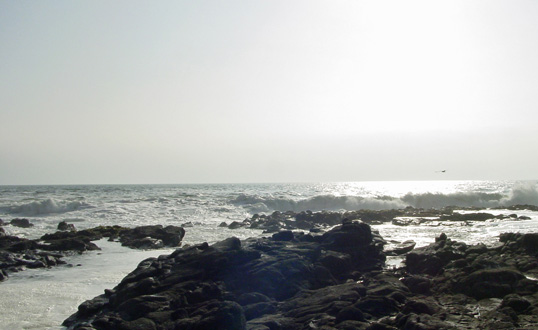 The birds high above on the cliffs feast on the offerings in the rich marine swells. Fishermen reel their heavy lines from the ocean at the base of El Morro. The small hotel owners in Arica provide rooms...more