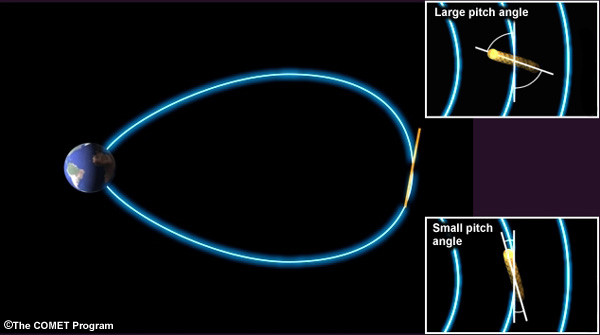 Earth has a global magnetic field that is approximately, though not exactly, a dipole field (like a bar magnet) with a north pole and a south pole. Earth's North Magnetic Pole (NMP) is not in the same...more