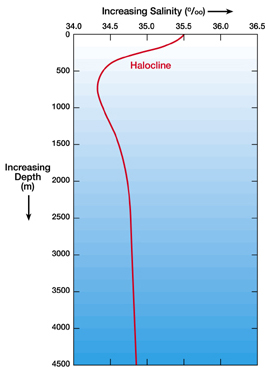 In this profile, salinity at the surface is high and then salinity decreases until a depth of about 1,000 meters. Salinity then increases again slightly with increasing depth.