This piece of granite contains crystals of quartz, feldspar, and mica. Click on the image to look closer at the mineral crystals!
Click on image for full size
Courtesy of Corel

As granite is an intrusive igneous rock, a close look at a piece of granite will reveal that there are crystals of common silicate minerals within it such as quartz, plagioclase feldspar and orthoclase feldspar. In fact, granite is made mostly of quartz and feldspar. It also may contain small amounts of mica minerals or other dark colored silicate minerals. Click on the picture to the left to take a closer look at granite!

Granite is the most common type of intrusive igneous rock that we have at the Earths surface. If granite forms deep within the Earth, you are probably wondering why we have so much of it at the Earths surface. Plate tectonics is responsible for moving rocks around the planet and for transporting rocks that were once deep within the crust to locations above ground, even high mountaintops. Uplift of the crust, caused by colliding continental plates, allows rocks that were once underground to be thrust up to the surface.

Because granite is very hard, it often used to make buildings, kitchen countertops, tombstones, and sculptures. 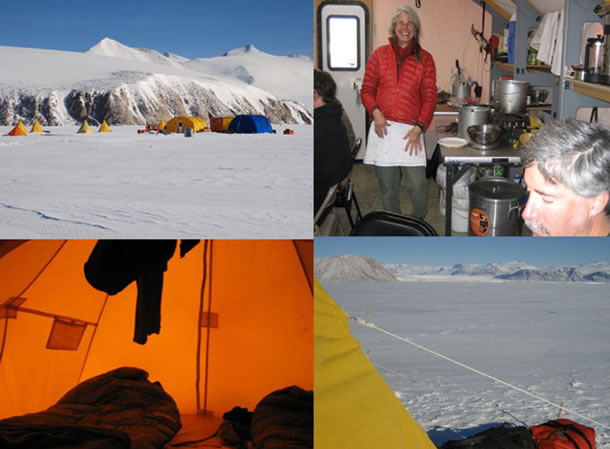