A rhombahedron of calcite
Click on image for full size
Windows Original.

Calcite crystals have three planes of cleavage. This gives perfect crystals of calcite, like in the picture at the left, a rhombahedron shape. Aragonite is a polymorph (a different shape) but contains the same elements as calcite. Unlike calcite, which has trigonal crystals, aragonite has orthorhombic crystals. Calcite has a more stable arrangement of atoms than aragonite and over time aragonite will change into calcite.

Everyone's favorite way of identifying calcite and aragonite is the acid test. When you place a drop of dilute hydrochloric acid or vinegar on either, it will bubble and froth as a reaction causes a little bit of the calcite to break down, releasing bubbles of carbon dioxide gas.

Sometimes rocks that are made primarily of calcite are dissolved away over hundreds of years by acidic groundwater. Cave formations are formed when, over many years, this process leaves large caverns in the rock. Stalactites, stalagmites and other cave formations made of calcite grow in the voids when calcite mineral precipitates out of the groundwater.

Many sea animals, such as clams, snails and corals, make their skeletons using calcite and aragonite. To get the materials they need, they pull carbon dioxide from the sea water, which allows room for more carbon dioxide to dissolve into the water from the air, thus locking away some carbon dioxide, a greenhouse gas, from the atmosphere. 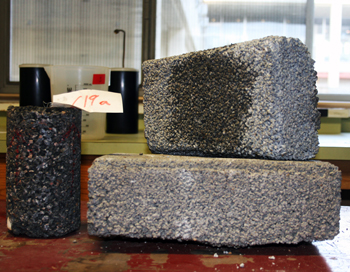 How Solid is Concrete's Carbon Footprint?

Many scientists currently think at least 5 percent of humanity's carbon footprint comes from the concrete industry, both from energy use and the carbon dioxide (CO2) byproduct from the production of cement,...more 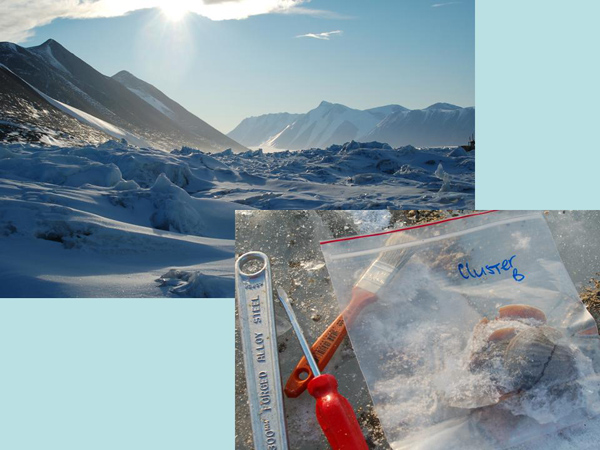