Snow is a type of precipitation. Water falls from clouds as ice crystals or groups of many ice crystals, called snowflakes. Snowflakes form in clouds where the temperature is below freezing. The ice crystals form around tiny bits of dirt that have been carried up into the atmosphere by the wind. As the snow crystals grow, they become heavier and fall toward Earth. Many snowflakes are six-sided shapes. Different types of snowflakes form in different conditions. Temperature determines if the crystals become a flat plate, a long column, or a prism shape.

On average, 10 inches of snow melt down to about an inch of water; however, not all snow is the same. Very heavy wet snow, which is excellent for making snowballs and snowmen, falls in some places. Light snow, so fluffy that it will not stick together into a snowball shape, falls in other places.

Snow is part of the cryosphere. There are places where snow covers the land surface year-round. These are found at high latitudes, where snow is common and temperatures stay cold year-round, and on mountaintops, where the high altitude causes temperatures to be cold year-round. Recently, the snow cover on some mountaintops, especially mountains at low latitudes, has been shrinking because the Earth is getting warmer. 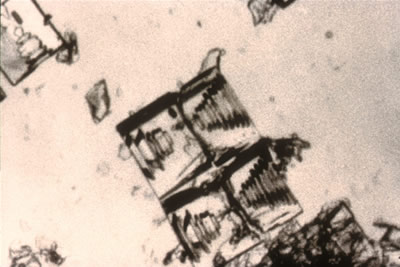 Suppose you saw a giant flash of light in the sky last night. It was so bright that the night almost seemed like day! What would you think it was? Lightning? A UFO? A flash like this happened in Greenland...more

Cumulonimbus clouds belong to the Clouds with Vertical Growth group. They are also known as thunderstorm clouds. A cumulonimbus cloud can grow up to 10km high. At this height, high winds make the top...more