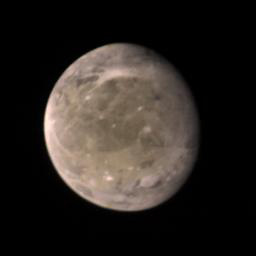 With the help of Galileo, scientists have discovered new evidence that may explain planetary rings. We already know the rings are made of dust and ice. However, until now scientists only had guesses as to how the rings actually formed.

The research was conducted while studying Ganymede, the largest of Jupiter's 15 moons. Using a small metal can, scientists could measure the speeds of the meteoroids when they hit the moon.

Unfortunately, this new study fails to shed any light on the formation of Saturn's rings, which are made of big chunks of ice.