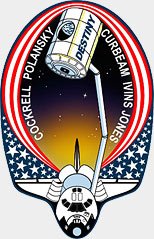 It's time to add onto the International Space Station (ISS). The Destiny laboratory will be launched on the shuttle on February 7, 2001. It will then be connected to the ISS.

The Destiny lab is where all of the science research will be done aboard the station. There will even be experiments there that will try to find a cure for cancer!

So, this lab is very important!