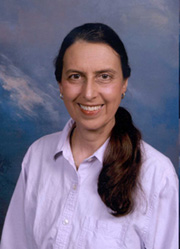 Dr. Thompson received her PhD from Bryn Mawr, her Masters from Princeton, and a Bachelors of Science from Swarthmore.

I'm a scientist who specializes in tropospheric ozone (the ozone we consider to be pollution). In particular I work on experimental campaigns where balloons are launched with small devices attached to measure ozone from the ground up to 30km. These ozonesondes give us a very detailed look at ozone in the atmosphere. Since the late 90's I've been the principal investigator of the Southern Hemisphere Additional Ozonesonde Network, or SHADOZ for short. My primary responsibilities on this project involve coordinating the weekly launches of ozonesondes at many locations throughout the southern hemisphere. By combining all these measurements together, we can get a very good idea of general trends in tropospheric ozone throughout the entire globe.

Although I am a chemist by trade, my PhD was actually in physical chemistry. I had no idea when I began school that I'd be studying ozone in the atmosphere. The work I do now is a long way away from the days and nights spent titrating chemicals in graduate school. Launching balloons is certainly more fun, but I'm very glad for the strong chemistry background I obtained in school.

In addition to chemistry, I love traveling, which is one of my favorite perks about this job. I've launched ozonesondes in Africa, on cruises in the Atlantic, and visited many other exotic tropical locations where our balloons are launched.

Visit my research page (http://www.meteo.psu.edu/~jstone) at Penn State, to learn more about my research, and many of the wonderful folks I work with. 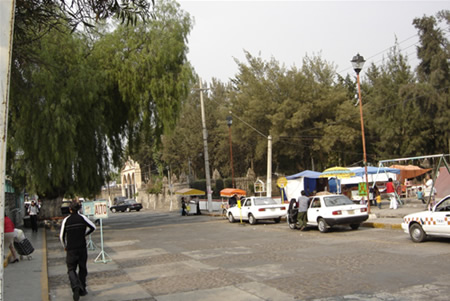