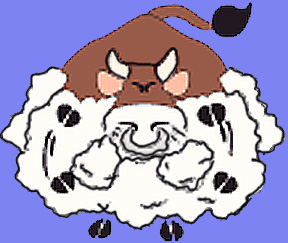 An was the Sumerian sky god and symbolized heaven. In fact his name means "sky". Sumerians lived in Mesopotamia, in the region of which corresponds to the valleys of Tigris and Euphrates rivers. Today, Mesopotamia is part of the states of Iraq and Kuwait.

An lead the assembly of the gods. This court had the ultimate power to judge and punish the misdeeds of gods and mortals. Sumerians believed that the gods designated the Sumerian kings, who had to perform the duties and rites established by An. The gods used to meet in the forecourt of Enlil's temple in the city of Nippur.