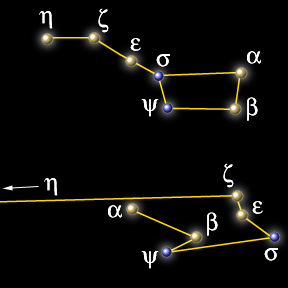 It is said that the stars of the Big Dipper were the seven sages called Rishis. These seven sages are said to be those who made the Sun rise and shine.

They were happily married to seven sisters named Krttika. They originally all lived together in the northern sky.