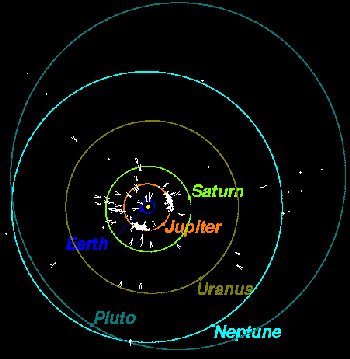 An Overview of Pluto's Atmosphere

It may seem hard to believe that Pluto could have an atmosphere because it is so cold at 39 AU, where Pluto resides, but it does. Because there are times when Pluto is closer to the sun than is Neptune...more

Astronomers are beginning to organize a search for more moons of Pluto. Pluto has only one known moon, Charon, but astronomers think there might be other moons orbiting Pluto that haven't yet been discovered....more

The Moons of Pluto

Pluto has // Call the moon count function defined in the document head print_moon_count('pluto'); known moons. Charon, the largest by far, was discovered in 1978 by the American astronomer James Christy....more